As I venture through my secret trial of using SOLO taxonomy, I am always looking for new and exciting ways to implement its use in the classroom.  A few weeks ago I stumbled across something that really caught my attention and thought would tie in nicely with SOLO.
As my Year 11 GCSE PE students prepare for the run up to their exam, I am always looking for new ways to embed revision into the remaining lessons.  Now I’m not the biggest fan of gimmicks or shallow learning.  I am though quite interested in the way the brain learns new information and have read many books/articles on basic neuroscience.  I therefore stay well away from a number of revision activities which simply develop shallow learning or don’t make learning memorable.   With this in mind, I stumbled across an amazing post from @dvplearning.  In his post, he talked about observing a PE teacher delivering a theory lesson using something called ‘Teach, Do, Review’.  Immediately, I loved the differentiation and independence of this idea.  In a nutshell, at a specific point in the lesson, the teacher offered students the opportunity to revise a topic in one of three ways.  If they were unsure of the topic or needed help, they went to the ‘Teach’ table where the teacher would be and could help them through the topic.  If they were ok with the topic but needed to develop their understanding further, they would go on the ‘Do’ table and complete a number of tasks.  If they felt they were comfortable with the topic, they would go to the ‘review’ table where they carried out a number of tasks including answering exam questions to test their knowledge.
I immediately thought that I could combine this with my ‘secret SOLO’ trial and try and incorporate different taxonomy levels into the activities.  With this in mind I decided to merge the two ideas and came up with this:
Teach do review revision lesson skill acq role models leadership

The ‘Teach’ table would sit with me and I would guide them with direct instruction and a few activities through uni-structural to relational.  The ‘Do’ table had a number of tasks loosely designed to take students from multi-structural to relational independently.  The ‘Review’ table took students from relational to extended abstract (finishing up by using colour co-ordinated hexagons to create links between topics).  I have to say that when I allowed the students to choose, they spread themselves out really well and went to the tables that my data would have guided them to if I did.  My level 4 boys sat with me (without being told to) where as my C’s & B’s went to the ‘Do’ table and my A-A*’s went to the ‘Review’ table.  One did buck the trend and chose higher than their target grade but I really liked their determination to do this.
The session went really well. Between helping the ‘Teach’ table, I managed to get round and see how the others were getting on.  All students were getting on independently and making good levels of progress.   One did do the tasks in the wrong order but said they still developed a better understanding of the topics.  Those on the ‘Review’ table had managed to move right on to the Hexagons and were trying their hardest to have as many multi-coloured links as possible in an effort to draw various topics together.  When I asked them, they were able to explain how many of the topics overlapped and could link it all back to the pre-released material. 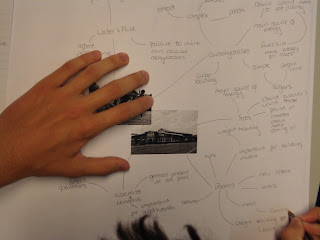 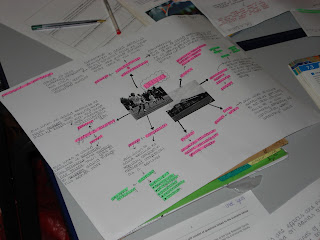 So, an overwhelming success?  Well I thought this was a pretty good collaboration of SOLO and Teach, Do, Review.  Every student was engaged and they really developed their depth of knowledge as I went around and questioned the work they had produced.  That was until I read @totallywired77’s post on ‘SOLOstations’.  Inspired again by @dvplearning’s post on Teach, Do, Review, Tait had created a masterpiece!  It had taken the idea of these SOLOstations but to an all new level!!  To see this genius post, click here (but after you’ve read this!)

So based on Tait’s post, I created a SOLOstation lesson that was designed to let students independently decide their entry level and work their way up the taxonomy to develop their deeper learning. I decided to do it in a Year 11 revision session focusing on two topics that my class has found quite confusing: The PESSYP & PESSCL system and school sport.  I created a number of different stations, starting at pre-structural with the highest tables working at extended abstract.  Because I am still working on SOLO in secret, I replaced the SOLO levels with rough grade levels (based on some of the things our exam requires).
Brief explanation of stations:
A* (E.A) - Because of their expert understanding, help teach/support as many other students as possible
A – (E.A) Answering long answer exam questions which draw in deep knowledge.  I also added some abstract questions which asked what would happen if x or y weren’t available.
B – (Relational) Linking topics together and applying them to the pre-released scenario.
C – (Multi-structural) Gathering all the information for the topics.
D – (Uni-structural/multi-structural) Developing finite knowledge by reading up on the topics before commencing.
Teach do review revision lesson solo school sport

I also used Tait’s idea to create a class protocol which I really emphasised, and success criteria for each level so students could judge progress and decide to move on.  After explaining the protocol to the group, I let them loose.  Again, many of the student’s accurately chose a station based on their prior knowledge.  Some of my level 4 boys chose to start at the D grade task and began to furiously read through some factual resources.  They even began to test each other!  No one went past the B grade station which was good to see as I knew that they had previously struggled.  As the lesson progressed, so did the students.  Many made 3 jumps up, some made 4.  All were completely engrossed in their learning and move independently of others.  As I went around and questioned them, once again their knowledge had improved and they were really showing that they could not only remember the two topics in detail, but they were able to manipulate this information and apply it to the pre-released material. 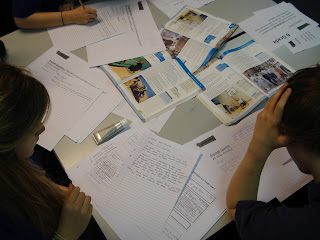 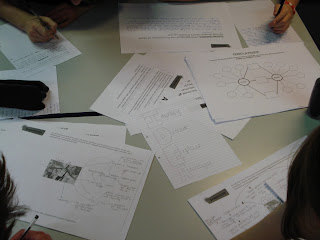 So what were the biggest plus points for me?  Well first thing has to be the engagement.  They were deeply locked into their learning.  The lesson lasted 2 hours and there were no issues whatsoever.  There was nobody off task and the ususal 'distracted boys' weren't distracted at all.  The second thing has to be the progress.  Everyone moved up two levels, most three and some four.  One of my level 4 boys who started at the D grade task, made it to the A grade.  Amazing!!! The third thing was the deeper understanding.  We had covered this topic twice before and this is the first time they have got it.  Fourth thing was the exam question answers.  They were amazing.  They showed such an understanding I feel so confident for them with the exam coming up.  And lastly, and probably most importantly, were the quotes of the day.:

"I was worrying about the exam. I now feel really confident with myself because I feel I know the topics a lot better. I'm not worried anymore”

Brilliant!  So good I did it with my Year 10's this week before their unit test. 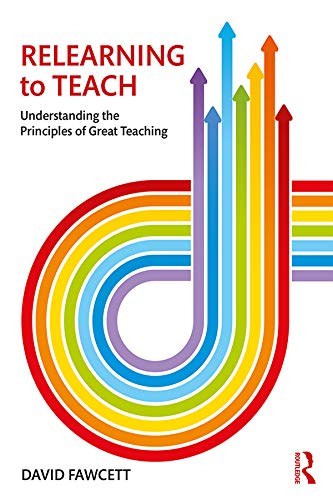